August 16, 2018
As a lifelong writer with a fascination for fantasy and magic, I've gone from creating my own fan fiction screenplay ("Bewitched" Meets "I Dream of Jeannie") to self-publishing my first fantasy novel (The Rainbow in the Room) to my latest lighthearted, supernatural romantic comedy (Love Happens). In my unfortunately infrequent spare time, I enjoy reading classic authors, such as Thorne Smith and Ian Fleming, and learning from the masters in their genres. Every day presents new opportunities, challenges and surprises—and I look forward to every one of them. 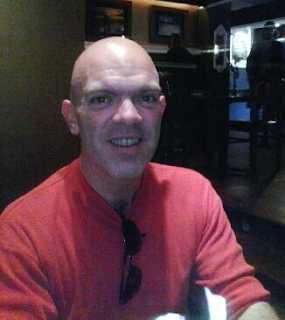 In an interview to TALKTOBLOGGER.COM, Vince Nolan gets talking about his books, readers, roaring success, and of course her thoughts on life! Catch the interesting conversation here!

What motivates you to write?

Having a really strong idea pop into my head has always been my impetus to sit and get the words down.     Every story I've crafted came to me as if a muse wrapped me in the head to make sure I got the message.  Once the spark was ignited, an inferno of details — plots, characters, settings, motivations, climaxes, endings — blazed bright, making me rush to get it all on paper.

What was the feeling when your first book got published? How did you handle that moment of glory and self-pride, were people supportive or something else?
It was a heady experience, seeing my name in print and knowing that all the words behind it belonged to me. Also, a bit nerve-wracking...I mean, once it's out there, it's out there! No take-backs, no do-overs. I know this sounds corny, but it's kind of like baring my soul for the whole world to see...for better or worse.

How do you take writing novels, as a career or hobby or between both?
I would say that writing is more of my vocation. If I ever earned enough at it to only do that, then it would be a career. With a Stephen King bank account or not, though, writing is something I would always do.  It just comes naturally...and brings me so much pleasure, satisfaction (even therapeutic qualities), that I couldn't imagine ever not writing.

For your books you must be doing a lot of research topics and themes. How did you go about it?

Google is a godsend. So are eye-witness accounts if you're lucky enough to get them. But basically it's research, research, research. I wouldn't advise writing about subjects you don't know much about, but if you do need to address new ones, make sure your writing is accurate. Case in point: The Rainbow in the Room is set during and after 9/11. I was a witness to it from the Jersey side of the river and knew how it went down from the get-go. Also, I have a friend who was in the Towers and, blessedly, got out alive. She was able to read what I got down on paper and guide me in terms of being as accurate to the experience as I could. It made the scene so much more powerful and vivid...although I'm still not sure in that tragedy's case that's such a good thing. I wish I could've written a happy ending for real.

What is the best aspect about your writing that you love most?

The control I would say. I'm an Aries and we love having things our own way, in case you didn't know, but as a writer there's isn't a single detail in there that you didn't create yourself. I think of it like this: In film, you have different people who are actors, directors, lighting technicians, soundmen, special effects artists, costumers, hair stylists, etc...as a writer, I get to be all those things...and I don't have to sit through meeting after meeting with different departments to get my job done. There's a great satisfaction in being able to call all the shots...especially in something so personal to an author as his own words.

Is getting published traditionally really tough? Share your views.

Yes. After self-publishing my first book, I found an online publisher for my second one, but it's still an uphill climb in terms of sales, popularity, grabbing a mass audience and holding their attention. But I never allow myself to be too discouraged...at least not for too long. The important thing is to keep trying, because once you give up, then nothing happens. Every morning I wake up and wonder, "Is this the day the agents call for my work?" And if I had given up, I couldn't even have that thought to put a smile on my face.

Tell us about your recently published book or the upcoming book?
My latest novel is Love Happens, a romantic fantasy comedy about the prince of the genies, who's ordered by his king to find a master. The genie does, on Earth in present-day Philadelphia, and subsequently falls in love and marries his new master. He tells her on their honeymoon, but she's got a surprise for him as well...she's a witch! Unfortunately, witches and genies don't mix so both fathers vow to break up the couple before their first anniversary. Think of it as a magical Romeo and Juliet, with a lot of laughs and some fun, charming characters.

There are many new writers out there who are aspiring to get their work published. What would you say to them?
Never give up! If you believe in your work and in your ability, then keep trying. We all get hundreds of rejections, but we wait for the one acceptance which makes the struggle and effort all worth it in the long run.

Check out more about Vince Nolan:

Please visit his website http://www.synergebooks.com/ebook_lovehappens.htm for more details of his writing. You can also check out his social media pages:
Thank you so much Vince Nolan, for sharing your experience with us. This will definitely help others to learn from it. If you liked this interview, share it with your friends on Facebook, Instagram, LinkedIn  and Twitter.

August 21, 2018
Florencia LaChance was born on August 11, 1967 and spent most of her childhood being raised in Maine.  She was given up to the State of Maine at age 13, after suffering sexual and physical abuse and became extremely rebellious and self-sabotaging.  With the help of some key mentors, she got herself together by age 16, emancipated herself and became self-supporting. At age 17 she was accepted to Boston College, an achievement after being in over 16 foster homes.  She had a son two months after turning 19, Joshua (aka Whoislogic on Soundcloud and Insta) who motivated her to truly make something of herself.  Mulatto: Daughter of America is her 8th book, first published and currently a Top-Seller in YA Bio.   In an interview to  TALKTOBLOGGER.COM ,   Florencia LaChance   gets talking about her books, readers, roaring success, and of course her thoughts on life! Catch the interesting conversation here! What motivates you to write?         I write because I must.  I am fille
5 comments
Read more

June 30, 2019
I am a mum of 4 adult children and 1 teenager. I went public with my autobiography specifically to help people who find themselves in a dark place like used to be in. I hope you enjoy reading my story. In an interview to  TALKTOBLOGGER.COM ,   Elizabeth Moldovan   gets talking about her books, readers, roaring success, and of course her thoughts on life! Catch the interesting conversation here! What motivates you to write?         I write very simply and enjoy helping other people by encouraging them and receiving very positive feedback from them. I get very motivated to keep writing about my life. What was the feeling when your first book got published? How did you handle  that moment of glory and self-pride, were people supportive or something  else?         There really was no moment of glory or self pride. I was quite shocked because I had no control and the entire process was rushed and I felt a lot of stress because the publishers seemed to have no clue as
1 comment
Read more

August 13, 2018
Pamela Gondwe is an award winning Author, a Banker, an Entrepreneur, a Speaker, a Poet and a Poetry coach. Pamela’s all-consuming desire and passion has always been to be a writer. She was a finalist in the 2018 Tell Your Own Story Book Awards , and she won the award for Best Poetry for her book, Tears in a Suitcase. Pamela has a certificate in tailoring and design. Pamela was awarded a certificate of recognition for the difference she made in the global fight against cancer in 2010 by the Zambian Cancer Society.  She is a holder of an MBA in Finance and Accounting awarded by Copperstone University (Zambia) in 2014; an MBA in Finance awarded by Preston University (USA) in 2007;  and a BBA awarded by West Coast Institute of Management and Technology (Australia) in 2002. Pamela Gondwe has a passion for the written word. She has published a book of poetry, Tears in a Suitcase . She is yet to publish her novel, Silent Pages. In an interview to  TALKTOBLOGGER.COM ,   Pamela
Post a comment
Read more